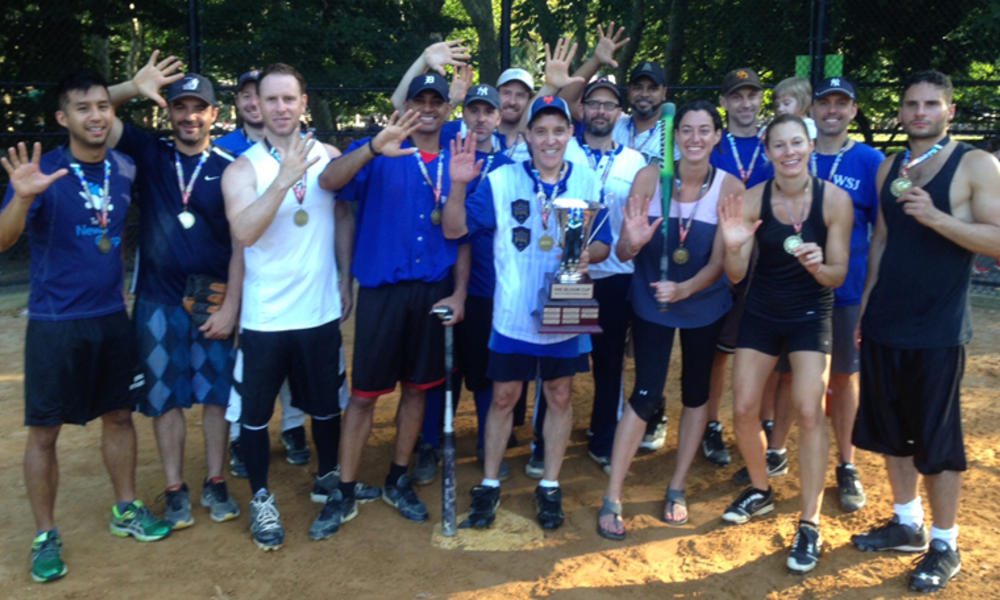 Fourth-seed NYC (6-6) knocked off top-seed High Times (11-1) in the semifinals, 10-8, and held a lead over second-seed WSJ (9-3) - who bested third-seed Forbes (7-5) in the other semifinal match, 9-2 - until there were two outs in the seventh inning. But an infield error allowed the tying run to score, knotting the game at 5-5. Four innings later, in the 11th, WSJ pushed the winning run across on another botched infield play. Russ Adams went the distance for the Journals.

NYC took an 8-3 lead in the opening match against High Times. The Bonghitters fought back gamely, scoring five runs with two outs in the seventh, but ultimatley left the tying run on base.

WSJ jumped out to an early 4-0 lead over Forbes and coasted to victory. In the consolation game, Forbes trumphed over High Times, 7-3,

The winner receives the Bloom Cup trophy and indiviuaul medallions for each player.

We'll be back next spring for the 10th NYMSL season.